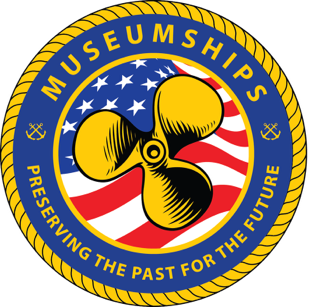 The third USS Lloyd Thomas (DD/DDE-764) was a Gearing-class destroyer in the United States Navy during the Korean War and the Vietnam War. She was named for Lieutenant (j.g.) Lloyd Thomas (1912–1942), who was posthumously awarded the Navy Cross for extraordinary heroism in the Battle of Midway.

During the rest of 1948, the destroyer trained reserves. In 1949, after conversion to a hunter-killer type destroyer at San Francisco Navy Yard, the ship joined the Atlantic Fleet at Newport, Rhode Island, in October and steamed north with the 2nd Task Fleet for cold weather exercises in the Arctic.

Returning home from the Arctic, the destroyer operated between Bermuda and Puerto Rico during the first two months of 1950. She was redesignated DDE-764 on 4 March 1950. Following four months of antisubmarine exercises and a midshipmen cruise early in July, the ship departed Newport 15 July for a five-day call at Reykjavík, Iceland. Returning from Iceland in early August, she left Newport for Naval Station Norfolk, Va. 6 September in company with three other destroyers. Just off Norfolk the destroyers rendezvoused with Coral Sea (CVB-43) and escorted the big carrier to the Mediterranean. After rigorous operations with the 6th Fleet and calls at Sardinia, Sicily, and Golfe-Juan, France, Lloyd Thomas and her sister destroyers departed Gibraltar on 1 November to escort Midway (CVB-41) home. They arrived Norfolk on 9 November and the destroyers made Newport the next day.

During the next two years, the ship conducted antisubmarine operations in the Caribbean and made yearly voyages to the Mediterranean. The 1952 voyage included a NATO amphibious landing on the coast of Denmark (Operation "Mainbrace") and port calls in Scotland in England. During 1953 she again operated with NATO, this time in the Mediterranean, and visited Cannes and Naples.

In early 1954, Lloyd Thomas checked out the new canted-deck carrier Antietam (CVS-36) in the intricacies of anti-submarine warfare. From August to January 1955 the destroyer again operated with NATO units in the Mediterranean. Except for a quick run to Lisbon, Lloyd Thomas spent the rest of 1955 operating in home waters. The highpoint of 1956 was a summer midshipman cruise to Spain and the British Isles in company with the battleship Wisconsin (BB-64).

On 4 January 1957 the ship departed Newport with Destroyer Division 242 and submarine Batfish (SS-310) for South America to acquaint our good neighbors in Colombia, Peru, Ecuador, and Chile with the newest techniques in antisubmarine warfare. Returning to Newport from Chile 18 March, she conducted local operations until departing 12 August for five months of patrol duty in the Mediterranean and Red Seas.

She spent most of 1958 in the Caribbean, with Operation Springboard that spring and refresher training during September and October. In 1959, besides hunter-killer training off Norfolk and a summer midshipman cruise to Quebec, Lloyd Thomas again operated with NATO in European waters.

During 1960, the ship returned to the Mediterranean, spending June through September with the 6th Fleet. Between exercises she visited Palma de Majorca, Barcelona, and Naples.

From March to December 1961, Lloyd Thomas underwent a Fleet Rehabilitation and Modernization (FRAM) II conversion, a program designed to add years of service to destroyers built shortly after World War II. After leaving New York Naval Shipyard she commenced six weeks of refresher training at Guantanamo Bay, Cuba. Redesignated DD-764 on 30 June 1962, the destroyer operated along the east coast until departing 7 September 1962 for a six-month tour to the Mediterranean and Middle East. During her duty with the Middle East Force in January and February 1963, the ship visited Ceylon, crossed the equator, and called at the Indian Naval Base in Visakhapatnam. She arrived Newport early in March and resumed operations from her home port.

The ship returned to the Mediterranean in May 1964 for the Joint French American amphibious Operation Fairgame II. Then after a brief call at Athens, she spent June and July in the Near East, showing the flag and promoting good will in the nations bordering the Red Sea and Persian Gulf.

From 10 October to 19 November 1964, Lloyd Thomas escorted 28,000 Marines from Little Creek, Va. to the coast of Spain during "Operation Steel Pike I", the largest peacetime amphibious operation ever conducted.

During 1965 the destroyer, after installing new electronic gear to update her antisubmarine capabilities, trained in Guantanamo Bay, then participated in the late summer antisubmarine operation, CANUS-SILEX, with the Royal Canadian Navy in the western Atlantic. On 15 February 1966 she deployed from Newport again to the Mediterranean.

Returning to Newport 8 July, the destroyer entered drydock for three weeks beginning 29 July, at Bethlehem Shipyard, Boston, Massachusetts. Resuming operations on 22 August, she was plane guard for Wasp (CVS-18) during the recovery phase of the Gemini II operation, 4 through 18 November.

On 1 March 1967 Lloyd Thomas, with the rest of Destroyer Squadron 10 (Desron 10), departed Newport for another cruise to the Mediterranean during the Arab–Israeli war.

The ship arrived back at Newport on 20 July and operated out of her home port the remainder of the year. On 7 May 1968, after a brief tour of exercises in the Caribbean, DD-764 entered Boston for overhaul. Back in full fighting trim in the fall, she returned to local operations out of Newport into 1969.

On April 19, 1972, in what would later be called The Battle of Đồng Hới, was a clash between United States Navy warships and three North Vietnamese air force MiG-17F fighter bombers, several torpedo boats and shore batteries during the Vietnam War. This was the first time US warships faced an air raid since the end of World War II.[circular reference] The Lloyd Thomas with three other US Navy warships were engaged in a naval strike just below the DMZ against North Vietnamese coast artillery when attacked by Communist artillery, MIGs and automatic weapons fire. Among other minor damages, the Lloyd Thomas was struck by a single artillery shell on the port bow above the waterline. Three sailors had minor injuries and the Lloyd Thomas remained on the firing line.

During this action the Higbee became the first US warship to be bombed during the Vietnam War, when two VPAF (also known as the NVAF-North Vietnamese Air Force) MiG-17s from the 923rd Fighter Regiment attacked, one of which, piloted by Le Xuan Di, dropped a 250 kilogram (500 lb) bomb onto the Higbee's rear 5-inch gun mount, destroying it.

The 5-inch gun crew had been outside their turret, due to a misfire within the mount, when the air attack occurred, which resulted in the wounding of four US sailors. The second MiG-17 flown by Nguyen Van Bay went on to bomb the light cruiser USS Oklahoma City (CLG-5), causing only minor damage.

Although there were no official aircraft losses reported by either side during the aerial attack, witnesses aboard accompanying USN vessel's deploying defensive measures, claimed one of the attacking MIGs with a direct hit by a surface-to-air missile fired from the USS Sterett (DLG-31). Photos taken by one of the Sterett's crew clearly show the MIG being destroyed by a Terrier missile. Eyewitnesses saw a MIG aircraft blown to pieces by a direct Terrier missile strike at only a few thousand yards; pieces of the virtually disintegrated MIG fell into the sea in view of the eyewitnesses.

She was decommissioned on 12 October 1972 and struck from the Naval Vessel Register on the same day. She was then sold to Taiwan on 12 October 1972, and renamed ROCS Dang Yang. She was stricken 16 March 1999 and sunk as artificial reef on 31 October 2002.